THE POWER OF THE POWER-SUIT

THE POWER OF THE POWER_SUIT

Throughout history there was an underlying characteristic that powerful men such as President John F Kennedy, John D. Rockefeller, and Harvey Specter all shared; they rocked the power-suit.
As our role model, Suit's Harvey Specter says, " your appearance is just as important as your talent." The first thing people realize when meeting you is the way that you are dressed. Though many may overlook this "little detail", your appearance is in fact crucial to your success.
Though it has been said that it is the man that makes the suit and not vice versa, there is something about a perfectly fitting custom suit, with a peak lapel and the subtle signs of custom such as the colored buttonhole on the lapel  that opens doors. It takes care of business.
In the business world, whether in Finance, Real Estate of any other legitimate field, people will take you much more seriously when you dress the part. This goes the same for nightlife. You definitely have a much better chance getting into Provocateur on a Saturday night if you're wearing a three piece custom power-suit.
In addition to this, the power-suit does wonders in the dating game. There's nothing a girl wants more than a well groomed guy in a perfectly fitted suit. He's showing that he has the ability to take care of himself and he therefore will be able to take care of her. Many guys that girls wouldn't look twice at normally suddenly become showstoppers once they put on the power-suit.
So in conclusion, the power-suit opens doors. Unless you're Mark Zuckerberg, if you want to succeed, dress to impress and #bookatailor.

Posted by BookATailor at 11:00 AM No comments: 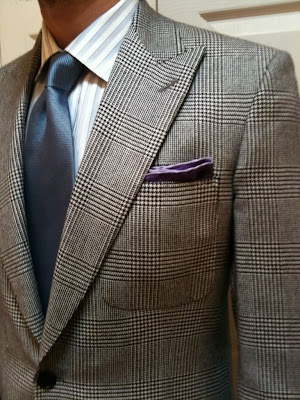 Perhaps the easiest pocket to create; the patch pocket is sewn on the outside of the garment rather than sewn between the shell and the lining. The shape and size of the patch pocket can vary greatly; round and beveled pockets are common cuts but not as popular as square-shaped pockets. Patch pockets are usually large and add more lines to break up the otherwise streamline cut of a sport coat. Therefore, sport coats with patch pockets are still going to make you look well-dressed, but not over-dressed as if you would were a suit or a blazer. Even if you find the patch pockets to be a convenient for pocketing all of your belongings, you should treat the patch pockets no different than straight pockets. It may seem paradoxical that larger pockets means more capacity limits, but patch pockets should not be treated like tool-belt compartments. Be gentle with your garment. Stop by BookATailor for a patch pocket made perfectly the way you want it. 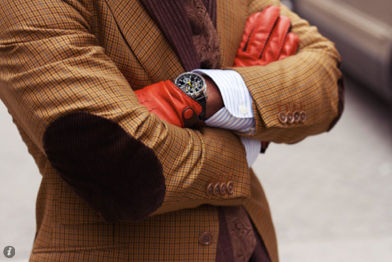 Elbow patches originated as way to repair a jacket when it started to get worn out and ripped. Now a days you can buy your suit jackets readymade with these elbow patches, because they gradually became stylish through their original methods of simple repair. It should go without saying that elbow patches should cover your elbows, they would not look right if they were half way down your forearm. The center of the patch is meant to sit atop your elbow and there is not much room to move. BookATailor has acquired the name gun patches for our suit jackets. Visit us at www.BookATailor.com for your own custom made gun patches the way you like it!

Posted by Unknown at 1:13 PM No comments: 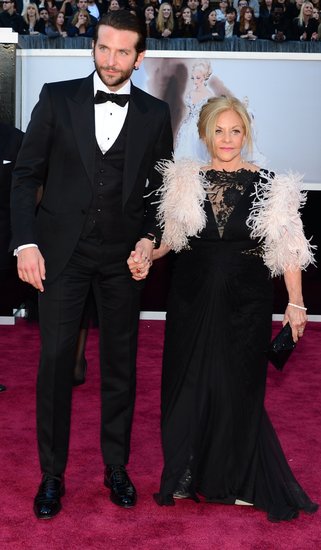 Bradley Cooper hits the Red Carpet with his mother Gloria Cooper, wearing a wearing a breathtaking Tom Ford tuxedo. The 38 year-old handsome actor was nominated for best performance by a leading actor in the Silver Linings Playbook. Visit us at BookATailor.com to order suits tailor made just for you and look even better than Bradley Cooper himself.

BookATailor
Posted by Unknown at 10:46 AM No comments: 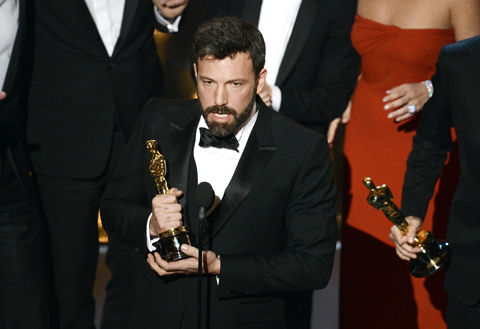 Ben Affleck takes home an oscar for his directing in Argo and does so in style. Wearing gucci head to toe in a ravishing tuxedo. Visit our website BookATailor.com to purchase suits like Ben Affleck and maybe you will take home an oscar as well. 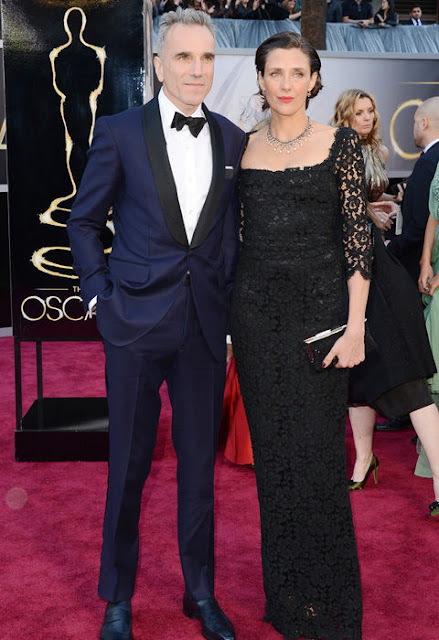 The actor nominated for an Oscar in best performance by a leading actor, Daniel Day Lewis makes a bold statement wearing a midnight blue tuxedo made by Domenico Vacca. It is difficult for a man to stand out on the red carpet but Lewis does so astoundingly. For suits like Daniel Day Lewis stop by your local BookATailor. 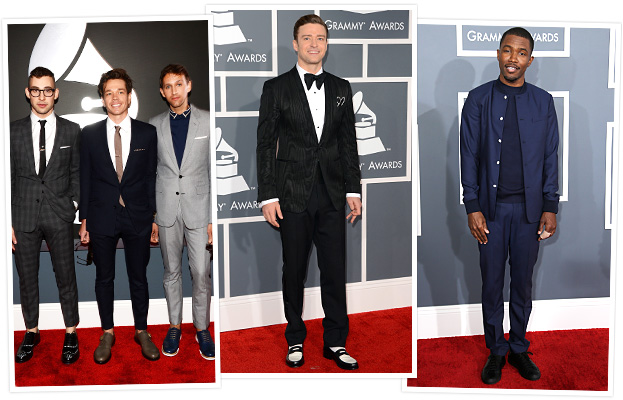 The ladies were not the only ones to make a statement on the red carpet at the 2013 Grammy Award’s! The Boys of Fun looked handsome in well-fitted suits when they took home the awards for best new arties and song of the year. Justin Timberlake looking great as usual in his “Suit & Tie,” and Frank Ocean wearing a navy blue bomber jacked with matching pants. Visit BookATailor.com to purchase suits like these handsome looking men. 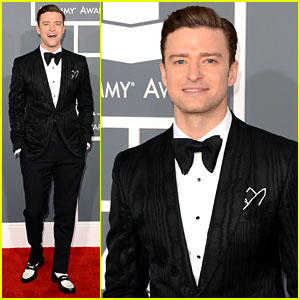 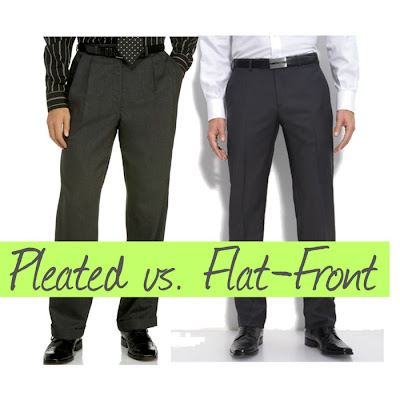 A pleat is a type of fold formed by doubling fabric back upon itself in order to secure it in place. Its use in regards to clothing is to gather a wide piece of fabric to a narrower circumference. In ancient Egypt rulers wore pleats in order to highlight their status level. They remained more or less a luxury until the invention of synthetic fabrics. As a result of this invention fashion designers benefited from this as well as producers of room textiles, because pleats do not take up their original shape again under the influence of warmth or humidity. Flat-front pants also regarded as having no pleats, have a feature called a dart that allows for the fabric to lie flat against the legs. The pleats or no pleats look is generally based on the body type. Slim men usually stick to the flat-front pants, while bigger men benefit from pleats because of the extra room. See different pleats or flat-front pants as well as stylish custom made suits at BookATailor.com 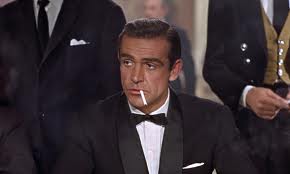 There are three different types of lapels, the shawl lapel, the peak lapel, and the notch lapel. The shawl lapel was originally seen on the Victorian smoking jacket, but slowly became more commonly associated with the dinner jacket. The structure of the shawl lapel consists of a continuous curve that is usually a rounded collar paired with a V-neckline that extends over the chest and gets smaller as it makes its way down to the waist. In regards to modern clothing, the shawl lapel is seen on cardigan sweaters, jackets, blouses, and robes. It is seen more frequently due to its simplicity. Essentially it is easy to create and has fewer pattern pieces than a notch lapel, making it quicker to sew. The collar pairs nicely with a wide variety of neckline structures and is considered by many to be quiet flattering.
Come check out the stylish custom suits BookATailor has to offer, just visit us at BookATailor.com

Posted by Unknown at 8:09 PM No comments: 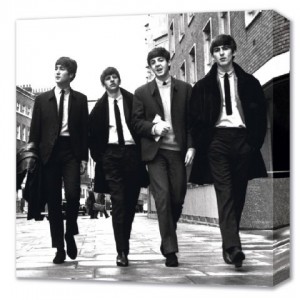 When talking about the popular skinny tie, most people associate the look with the 1960s. The skinny tie was made popular through pop icons like the Beatles during the end of the 50s. Before the 50s ties usually measured 4.25 inches at the widest point, which is much wider than an average skinny tie. The classic vintage skinny tie from the late 50s measures between 2 and 2.5 inches in width. Eventually, the skinny tie came out of style during the end of the 60s and fashion designers slowly went with wider necktie cuts, however during the 80s they made a comeback. The materials used to make the skinny tie vary widely. Some designers had solid colored black skinny ties made from leather, while others carried ties that were knitted from cotton and even wool. Knitted skinny ties usually had a flat tip. Even today knitted version of the skinny tie are back in style although not for any formal or business attire. Check out BookATailor.com for vintage skinny ties and stylish custom suits.

Posted by Unknown at 2:45 PM No comments:

A suit has the ability to portray your inner strength and style to the world. A custom made suit is the only way you can intertwine personal style with luxury. Whether you are seeking to create a custom made business casual suit, or a tuxedo for a special occasion, this blog will ensure that you do so the right way.